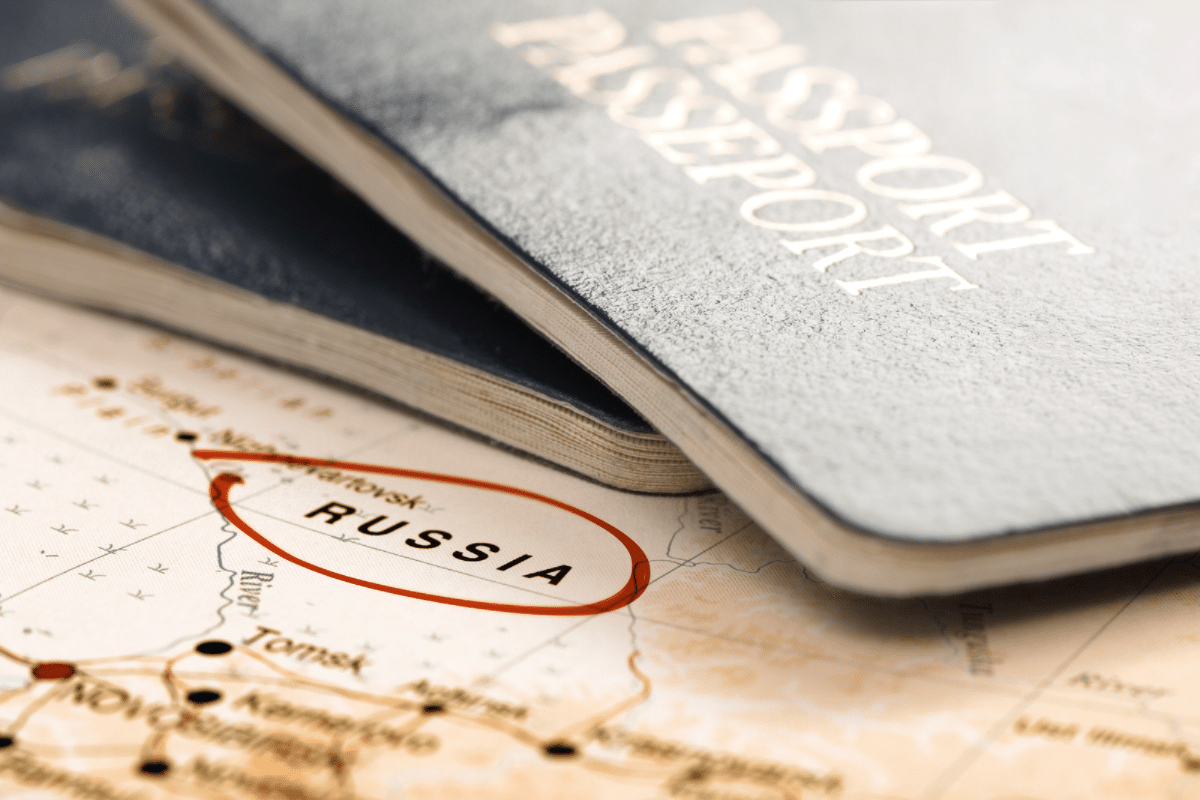 Obtaining dual citizenship is regulated by the Law “On Citizenship of the Russian Federation”[1], which determines the order of residence in Russia after obtaining a second citizenship, a residence permit and other documents confirming the right to permanent residence in a foreign country.

President of the Russian Federation, the Prime Minister, his deputies and ministers, deputies, and senators; members of the Security Council[2] are prohibited to have citizenship of a foreign state or a residence permit in another country.

According to the report of the UN Department of Economic and Social Affairs at the beginning of 2021[3], Russia is among the top five in terms of the number of people living outside the country of their citizenship. The total number of citizens of the Russian Federation who have left their native country, according to estimates of the UN Population Division and living in other countries is 10,490,000 people. At the same time, according to the UN, 12 million migrants live in Russia.

There are statistics and reports of second citizenship and residency programs on a global scale[4], but there are no such data for the Russian Federation.

At the global level, Malta, Austria, Montenegro is leading among citizenship programs (the program ends this year).

Speaking globally about the residence permit for investment, Austria, Portugal, Malta, Greece, Spain, Cyprus, and Italy are in the lead.

The number of emigrants continues to grow, while the EU countries remain the most popular destinations for Russians.

The COVID-19 pandemic has slowed the growth of international migration rates; however, migration remains an integral part of today’s globalized world.

The main categories of people are highly qualified specialists, students, and entrepreneurs.

The number of oppositionists who do not support the current government has increased, because decrees have been adopted in the country that toughen penalties for anti-government activities.

It should be noted that there are significant discrepancies in the statistics of the Russian Federation and the departments of the host countries – for example, according to Rosstat[6], 4,694 people left Russia for Germany in 2021, while the German side recorded 24,983 Russians who arrived. The number of emigrants from Russia in the first months of 2021, according to Rosstat, reached 203,659 people. For comparison, in 2013, 120,756 citizens left the country for permanent residence in another state during the same period. Moreover, for the whole of 2021, only 186,382 people “left” the Russian Federation, and this was the highest figure for all years since 1999.

Regarding the institute of citizenship of the Russian Federation, three types of admission procedures are introduced: «general», «simplified» and «special».

Considering the prerequisites and motivation for obtaining a second citizenship and residency, the main reason is the possibility of free (visa-free) movement in the countries of the European Union and the Schengen Agreement, the opportunity to live in a country with a pleasant climate, developed infrastructure, high quality of life.

Another incentive is access to European education and medicine, easier opening of accounts in European banks with an alternative passport, access to European lending, asset diversification, tax optimization and the possibility of transferring business to a country with a stable economy and currency.

Speaking of the Russian market, this also applies to Ukraine and other countries of the Commonwealth of Independent States (CIS[7]), this year Montenegro leads among European economic citizenship programs in demand (with a minimum investment requirement of 350,000 euros), Malta – with an investment of 738 000 euros.

If you look at the immigration programs in Asia and the Middle East, then Turkey undoubtedly leads here – with a minimum investment of 250 thousand US dollars, followed by Cambodia and Jordan (requests for the programs of the latter two are extremely rare, but other programs are simply practically not represented on the market).

In the Caribbean and Oceania, Grenada, Saint Kitts and Nevis, Dominica, Antigua and Barbuda, Saint Lucia and Vanuatu are the undisputed leaders. Vanuatu citizenship attracts with a short decision-making period (up to four weeks).

Portugal is the undisputed leader among residency programs, followed by Malta with its new program for obtaining permanent residence, an updated program for obtaining permanent residence in Cyprus, Austria, golden visas for Spain, Italy, Greece, residence permits of Great Britain, as well as programs for financially independent persons. Even though the EB-5 visa program in the United States is now temporarily available only through investments in one’s own business or a franchise, it is also in significant demand in the Russian Federation due to the historically high interest of Russians in immigration to the United States.

Trends of the current year include the program of economic citizenship of Montenegro, the passport of which gives Russians visa-free or simplified entry to 124 countries, including the Schengen countries and Singapore, and the Golden Visa program of Portugal, which allows visa-free or simplified visits to more than 188 countries of the world, as well as the opportunity to obtain EU citizenship for the whole family in 5 years.

Portugal’s Golden Visa program attracts Russians with clear and understandable investment thresholds, the presence of a minimum requirement for residence in the country, a long history of work since October 2012, but the main reason for the surge in interest in participating in it was the change in the conditions and the increase in the entry threshold from January 1, 2022, year.

Other relevant trends of the current year, which aroused interest from Russian citizens, were the simplification of residence permit programs for highly qualified specialists in China, Great Britain and a few other countries, the extension of special offers of the Caribbean region programs, visas for digital nomads of Dominica, Curacao, Montserrat and Croatia, the transition of government agencies who make decisions on granting citizenship to investors for fully online.

New investment citizenship and residency programs launched in 2021, namely the Citizenship program of Seychelles, the Cayman Islands Global Citizen Concierge Program (GCCP), the Bahamas ERP program for obtaining economic permanent residence, updating the residence permit program and Permanent residence in Curacao (Kingdom of the Netherlands), changes in the procedure for the Citizenship by Investment program in Bulgaria, new options for the EU Golden Visa programs, as well as a softening of the UAE’s immigration policy did not affect the behavior of Russians in any way and did not cause any significant changes in demand for these programs.

Persons with foreign citizenship or residence permits cannot study at military universities, they cannot do public service under a contract, but only by conscription.

Russia also plans to launch its own residence permit programs by investment, the exact terms and conditions are currently being worked out. Russian “golden visas” are proposed to be issued in exchange for investment in a business of at least 10 million rubles, or in the case of holding Russian government bonds for three years before applying for a residence permit, or when buying real estate worth at least 30 million rubles[8].

A residence permit will allow foreign citizens to obtain a compulsory medical insurance policy and use all social services available to Russian citizens without obtaining a patent or work permit. Also, a residence permit allows you to enter any country with which the Russian Federation has a visa-free regime.

The proposed measures should help attract foreign investors, entrepreneurs, highly qualified specialists to the Russian Federation, as well as accelerate technological renewal and development of the Russian economy and create highly productive jobs with decent wages.

According to general rules, a residence permit can be obtained by a foreigner who has lived in Russia for at least a year based on a temporary residence permit. Only certain categories of foreigners can immediately apply for a residence permit, for example, highly qualified specialists (clause 1 of article 8 of the Federal Law of July 25, 2002, No. 115-FZ “On the Legal Status of Foreign Citizens in the Russian Federation”).

This year, the Russian passport entered the top 50 rating of the best passports in the world (out of 110 possible), which is published annually by the international consulting company Henley & Partners in cooperation with the International Air Transport Association (IATA). When compiling the rating, the principle of freedom of movement of passport holders is considered. In particular, the possibility of visiting other countries without obtaining an entry visa or with obtaining a visa upon arrival abroad. The Russian passport was in 50th place. Citizens of the Russian Federation can freely visit 116 countries without visas[9].

This is the general characteristic of the investment migration market in the current year’s cross section of the Russian Federation.

This is the general characteristic of the investment migration market in the current year’s cross section of the Russian Federation.

[6] The Federal State Statistics Service (Rosstat) is a federal executive body of the Russian Federation that performs actions to collect and form official statistical information on the economic, social, environmental, and demographic situation of the country, and performs the functions of control and supervision in the field of state statistical activities throughout the territory of the Russian Federation.