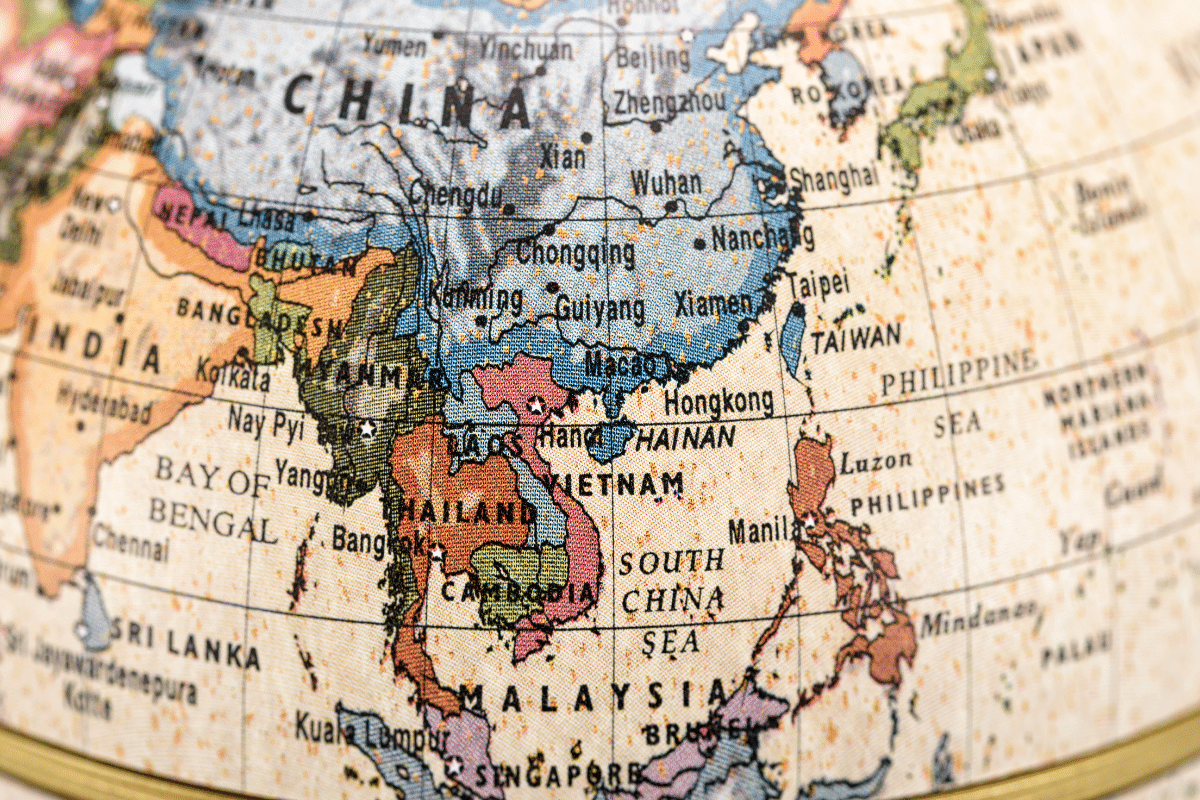 In conversation with Parag Khanna, Global Strategy Advisor, Author and Founder of FutureMap

China has long been viewed as Asia’s anchor economy, but the focus of global growth is fast shifting towards Southeast Asia. The IM Yearbook spoke with Parag Khanna about the Western perception of Asia, the rise of Southeast Asia and how it will affect the investment migration industry.

Can you tell us a bit about yourself and your work?

People like to call me a global citizen because I have lived in many different countries. I was born in India, grew up in Abu Dhabi in the UAE, and when I was seven, we moved to the US. Until I was 16, I lived in New York. Then I spent one year in Germany as an exchange student before returning to the US to study at the School of Foreign Service at Georgetown University. I became fascinated by geopolitics from a very early age. I was 12 when the Berlin Wall fell. My parents said, ‘we have to go and see this in person’. So, we went on a holiday to Berlin, and it was truly magical to see history in the making. I was hooked and decided that I want to work in this area. Later in life, I’ve worked for different think tanks and government institutions in the US, Germany, Switzerland and London. Now I am running my own company, and I am living in Singapore with my family. So, migration and a layered identity are a big part of my own story. I was born as an Indian citizen, became American when I was 15, and a few years ago, I became a Singaporean citizen.

Your last book is called ‘The Future is Asian’, but you actually argue that the present is already Asian. Can you explain this a bit more?

Yes. That’s something people quite often forget. It is as if we have to wait for America or Europe to say that the future or the present is no longer Western in order for it to be true, but that’s not the way it works. When I moved to Asia seven years ago, the world was already Asian. If you need to identify an objective of convergence, where it is not a matter of opinion, you would say that more than 50% of the world population is Asian, and that’s been true for quite some time. Then in terms of the economy, 51% of global GDP in PPP terms is Asian, and that’s been true for about two or three years. In addition, the rise of the Asian Infrastructure Investment Bank (AIIB) and China’s Belt and Road initiative marked the launch of new Asia-centric diplomatic initiatives some five years ago. I see no objective measure to dispute the notion that the present is already Asian. Of course, the present is Asian doesn’t make for a good book title. So, we decided to call it ‘The Future is Asian’.

Asia is a very vast and diverse region. China is leading the charge today. Which Asian countries could take on a more important role in the coming years?

For many policymakers, Asia didn’t matter until China rose, but Asia as a region has been rising since the 1950s after it hit rock bottom. You had the atomic bombs of Hiroshima and Nagasaki 75 years ago, the Indian Pakistani partition and genocide in 1947, as well as the Chinese civil war that ended in 1949. Asia was on its knees. Let’s not forget the Vietnam War a couple of decades later. Japan is the real miracle story – Japan rose to become the world’s second largest economy, overtaking West- Germany in 1975. At that point in time, in 1975, China was a desperately poor
country. So, Asia has always been much more than China. Then we saw the rise of the tiger economies – Singapore, Hong Kong, South Korea, and Taiwan, which became spectacularly rich as well. China was still backwards. We can say that Japan represents the first wave of Asian growth, the Tigers the second wave, and China is only the third wave of growth. For many people in the West, China is the beginning, the middle and the end. China is Asia. That’s not true, and it has never been true. No empire has ever dominated Asia, with one single exception and that was the Mongol Empire. And Asia’s rise continues as we are now witnessing the fourth wave of growth, which is Southeast Asia.

What are the drivers behind Southeast Asia’s growth?

South and Southeast Asia have a combined population of more than 2.5 billion people, a billion more than China, with a population that is also younger. I believe Southeast Asia’s growth will even be greater than China’s. If 2.5 billion are getting connected, benefit from better urbanization, of course, those countries are going to grow rapidly. In fact, the GDP of that set of countries will equal China’s GDP in less than a decade. So, the problem with our discourse about Asia is that we can’t really ask who else matters. All Asian countries matter and are important at the same time. Asia has always been multipolar because it is home to many diverse, rich, deep civilisations in one region.

That’s a good question, and I think the answer is yes. The reason for it is that there are as many different motivations behind investment migration as there are Asians. I envision a future where instead of us seeing many Chinese people in the West, we will see a lot more Indians in the West. That’s going to be one of the big shifts in the years ahead. I also don’t think the Chinese will lose their appetite for investment migration. Let’s not forget that even though China is wealthy, the Chinese have a long list of concerns, including tax policy, anti-corruption drive and political regulation activities. Climate change, which is going to affect large parts of China, India and Indonesia, will also influence Asian’s decision to migrate. At the same time, we are seeing labour shortages in the West, where governments, given the declining populations in their countries, will need to shore up the demographic foundation and attract people to build the tax base. Investment migration is one option to do that. So, I believe that from the supply side and the demand side, there is going to be significant opportunity and movement in the years ahead.

Human rights groups regularly criticise Southeast Asian governments. What’s your opinion on this issue and what can the West learn from the East?

In Asia, there’s a strong focus on technocratic governance. We have no patience for bad leaders. They get thrown out. Technocratic governance is what Asian people want. That’s how Narendra Modi got elected in India. Yes, he is controversial, but he is also someone who gets things done. He said: we are going to build ten thousand kilometres of railways, clean up the streets, defend our borders, and stand up for ourselves. That’s what makes him the most popular leader. Then there is Rodrigo Duterte, the President of the Philippines. In Western eyes, he is even worse. I am not defending him, I am simply pointing out that if a guy comes along who says I am going to end poverty and corruption on every level, and I am going to fix electricity, build hospitals and guarantee education, then of course people vote for him. For developing countries, it is better to be technocracies as they need to make structural changes fast. They can’t afford to make endless mistakes. Let’s also keep in mind that technocracy is a European idea. Germany is a technocratic country but it’s also a liberal democracy. These two are not opposing concepts. But the issue is that most Western countries are not like Germany. Germany is the most Asian country of all Western countries. And Asian countries aspire to be like Germany. They don’t aspire to be like the US or the UK. Education, industrial policies, export, vocational training – in all of these critical areas of state-building, Asian countries want to be like Germany. I am fierce critic of Asian Governments’ approach to censorship as way to silence critics, and I am not championing it at all. It’s wrong, but at the same time, they have adopted an incremental approach to liberalizing discourse in a way that does not lead to tension, and that’s how you can maintain multi-ethnic states and peace at the same time.

In your opinion, which investment migration programmes are most appealing to Asians at the moment?

I think all countries that promise stability are very attractive. If you are in Asia right now, you are worried about China-US tensions, territorial disputes in the South China Sea or the potential for conflict between Taiwan and China or between China and India. Those are very valid concerns. In my opinion, Europe is the winner, with its focus on sustainability, independence and welfare. In addition, the euro offers a very important diversification hedge from a dollar that is being devalued, while Europe’s action to stop climate change is also an asset. So, investment migration programmes in Europe are definitely appealing to Asians. While America, Canada and the UK were the recipients of the first wave of outbound Asians in the post-war decade, I am fairly certain that the next wave is much more likely to go to Europe.