Millionaire immigrant investor program lures only 7 instead of 60 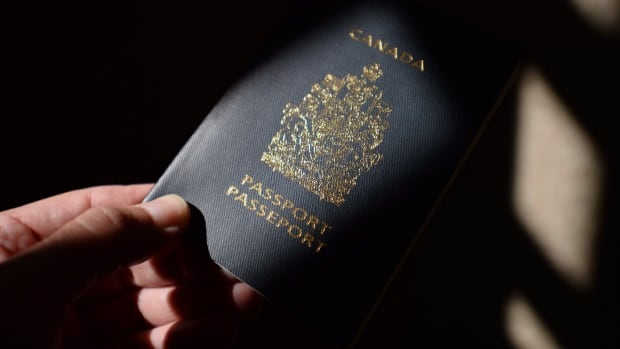 A pilot program that was intended to attract rich immigrants willing to make a non-guaranteed investment of $2 million over 15 years in return for permanent residency in Canada has attracted “low” interest. (Sean Kilpatrick/Canadian Press)

Prime Minister Justin Trudeau’s pitch to convince the world’s richest that Canada is a good place to invest came too late for a pilot program intended to lure 60 millionaire immigrants to Canada in an effort to give the economy a boost, CBC News has learned.

“There has never been a better time to look to Canada,” Trudeau said this week before a crowd of the world’s business elite at the annual meeting of the World Economic Forum in Davos, Switzerland.

The Immigrant Investor Venture Capital program, a revamped version of a program critics once denounced as “cash for citizenship,” was launched last January by the former Conservative government following a commitment it made in the 2014 budget.

The one-year pilot was meant to attract rich immigrants willing to make a non-guaranteed investment of $2 million up front to be held for 15 years in a fund managed principally by BDC Capital, the investment arm of the Business Development Bank of Canada, in return for permanent residency. Applicants also had to prove they had even more money in the bank.

But a year after it was launched, the pilot program has yielded just seven applications from potential international investors and no permanent resident visas.

“The demand for this pilot program has been low,” said Nancy Caron a spokeswoman with the Department of Immigration, Refugees and Citizenship Canada in an email to CBC News this week.

The previous Conservative government thought it would result in hundreds of applications from rich immigrant investors.

“The program will be open for applications from Jan. 28 to Feb. 11, 2015, or until a maximum of 500 applications are received,” the previous government announced around this time last year.

‘We are reviewing options to determine next steps, but no decisions have been made yet. We want to ensure our immigration system grows the economy and also focuses on family reunification.’– John McCallum, minister of immigration

Only when an application reaches the second-stage is it then given a “pass or fail,” Caron explained.

With all seven applications still in process, “No permanent resident visas have yet been issued under this program,” she said.

The previous Conservative government tightened up the rules under the new pilot after acknowledging that immigrant investors under the old “ineffective” program were not likely to stay in Canada over the long term and contributed “relatively little” to the Canadian economy.

While the Conservatives were hoping to have better luck with this program than they did under the former Immigrant Investor Program, Richard Kurland, an immigration lawyer and policy analyst based in Vancouver, said the pilot was “broken” from the get-go.

“Canada was asking prospective immigrants to write a blank cheque and hope that 15 years down the road they would see any return on that investment,” Kurland said in a phone interview with CBC News.

“It’s no surprise to see that the wealthy immigrant investor crowd would look at other immigration possibilities to come to this country in order to grow our economy, create jobs and find a secure place for their own families.”

The first sign of trouble came two weeks after the program was launched, when the deadline to apply was immediately extended from Feb.13 to April 15, 2015.

But with demand still low, the federal government reopened it a month later saying it continued “to test the demand” of the pilot. 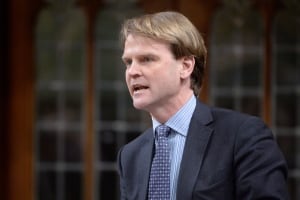 Chris Alexander, who served as immigration minister in the former Conservative government, said the pilot would ‘greatly benefit the Canadian economy by attracting immigrant investors with strong business skills.’ (The Canadian Press/Adrian Wyld)

“Keeping program standards high will ensure that Canadians continue to benefit from our immigration programs …and we warmly welcome anyone who wants to apply.”

In the end, the program remained opened for the entire second half of the year, starting on May 25 until it closed on Dec. 30, 2015.

Kurland said this is an opportunity for the new Liberal government to retool the fund.

“With a fresh turn of the page nationally, politically, it’s time to focus on a re-design of Canada’s immigrant investor fund.”

According to Kurland, Immigration Minister John McCallum’s “strong background in finance” will make it easier for the government to make some changes to the program.

McCallum worked as a chief economist at one of Canada’s big five banks and a professor of economics before he entered politics.

But the minister isn’t yet saying what changes he might consider.

In a written statement sent to CBC News Friday morning, McCallum said, “We are reviewing options to determine next steps, but no decisions have been made yet.”

“We want to ensure our immigration system grows the economy and also focuses on family reunification.”

Reached by phone in Calgary, Conservative immigration critic Michelle Rempel said the point of a pilot program is “to see what works and what the uptake is.”

“Our broader policy was looking at ways to hit our economic immigration targets… and our broader consultations supported that,” Rempel said in a phone interview with CBC News Friday afternoon.

“I want the government to consult Canadians prior to posting their immigration levels report,” she said with the House of Commons set to resume next week.

That annual report lays out how many immigrants Canada will accept under each of the immigration streams for the year head.

It was to be released in the fall but was delayed because of the general election.