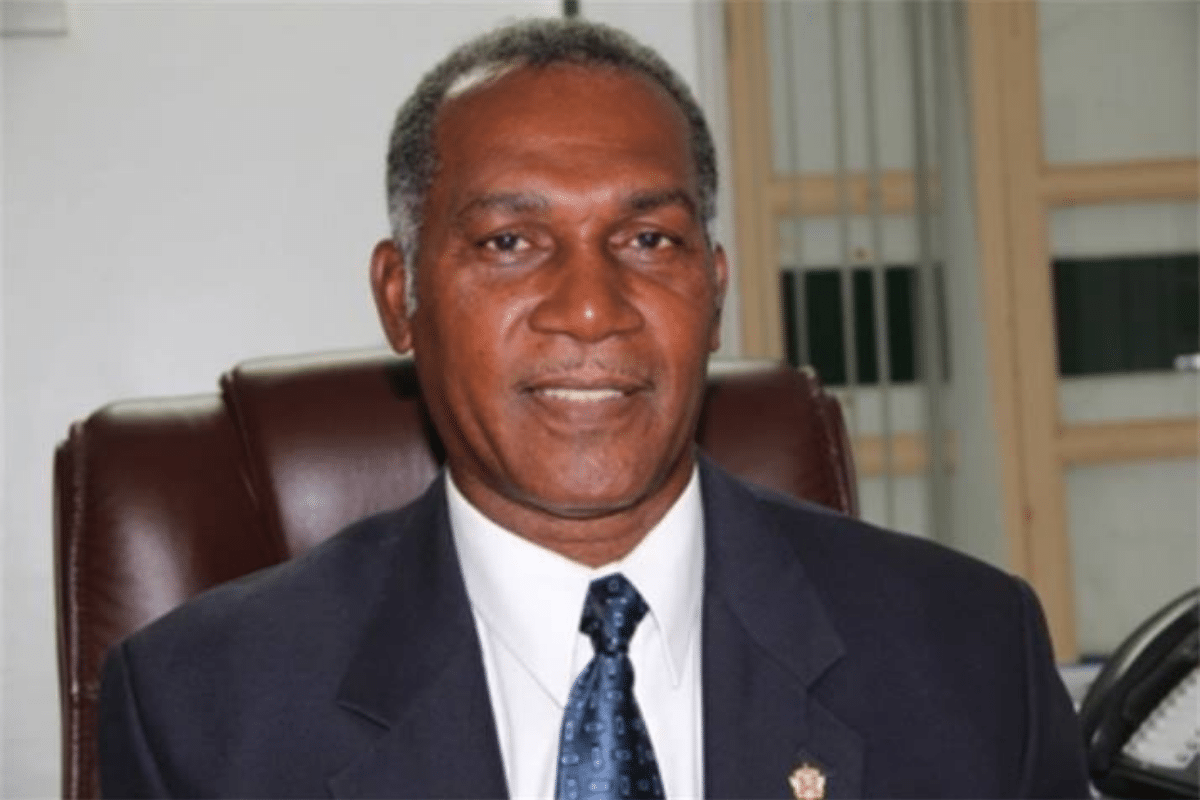 Scores of citizens filed into Government Headquarters over two days (April 21- 22, 2022) to view the casket bearing His Excellency Vance Amory. The casket lay in State until 3 pm on Friday, April 22, 2022 – the second and final day in the Capital, Basseterre.

Persons also took the time to sign the Book of Condolences. They left heartfelt messages of grief, recalled personal moments with H.E. Amory, and expressed words of comfort for the family of the deceased.

Dr. Franklyn Musgrave said that H.E. Amory was a very dear friend. “He was a most delightful person and always cared about people. I will miss him sorely,” Dr. Musgrave stated.”

Former national sprinter Virgil Hodge recalled that H. E. Amory – himself a former athlete – was a tremendous supporter of sports ambassadors. He was one of my biggest fans,” she said, adding that it meant “a lot.”

Keith Lewis indicated that H. E. Amory always offered a kind word to persons he encountered, whether they were close friends, colleagues, or strangers. ”He was a man of the people. … It doesn’t matter how old or young [you were], he was always a friendly person and a respectable individual.”

Mildred Jacobs expressed that H.E. Amory was a very caring person and was “extremely nice” when she herself suffered a loss in her family. Her written message offered some of that comfort to Mr. Amory’s family.

After lying in State in St. Kitts, the body of H. E. Amory will go to Nevis for a similar public viewing on Thursday, April 28, and Friday, April 29, at the Theodore L. Hobson Q.C. Court House. The funeral service takes place on Saturday, April 30 at the E. T. Willet Park in Nevis.