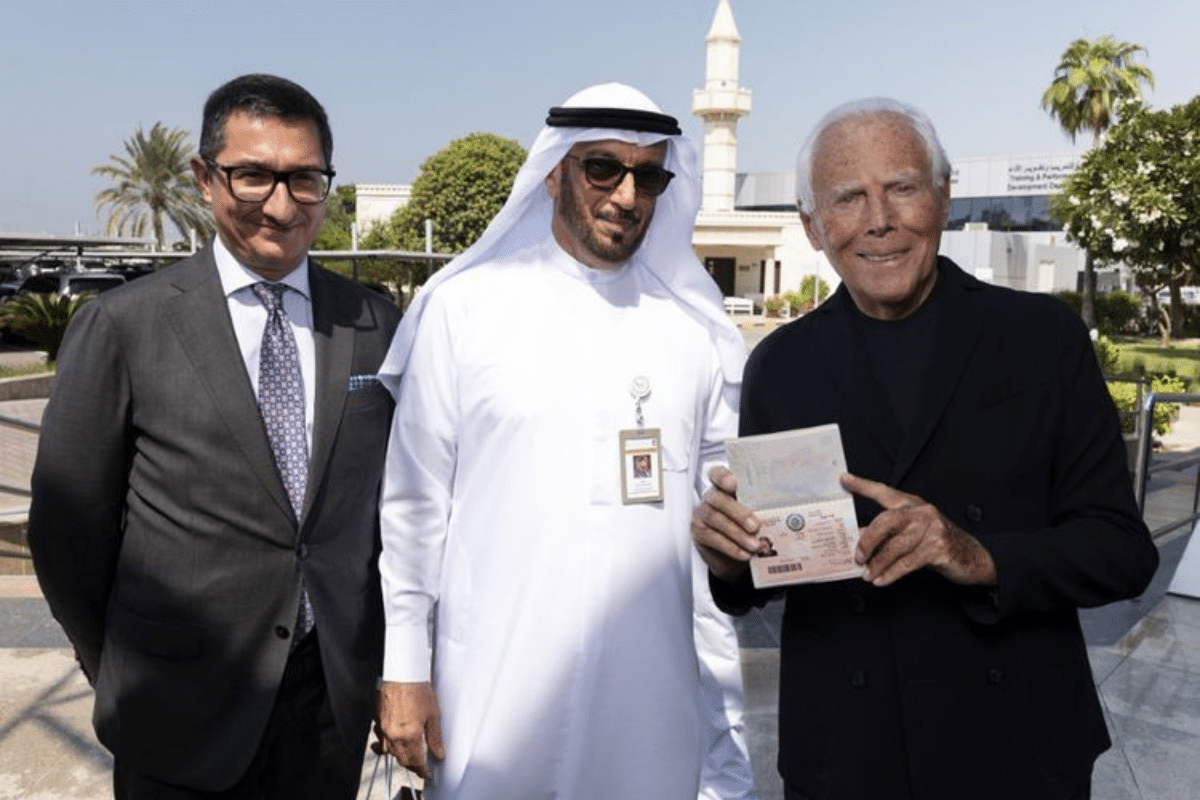 Fashion mogul Giorgio Armani is the latest recipient of the UAE golden visa, which has been bestowed upon a number of noted celebrities in recent months.

The golden visa was instituted by the UAE government in 2019 and grants a 10-year residency in recognition of special contributions to the country. The honour is granted to investors and entrepreneurs, as well as special talents in a variety of fields from science to entertainment, sports, academia and philanthropy.

The visa is also granted for 10 years to accomplished creative talent in the fields of literature, culture, fine arts, performing arts, and design, as well as those in the heritage, history and knowledge-related sectors as well as intellectual and creative industries.

Armani is one of the most famous faces in the world of fashion, having dressed UK royals, Hollywood glitterati, along with Bollywood and Arab stars. Born in 1934, the iconic clothing designer spearheads the Armani empire, which encompasses restaurants and hotels, including the Armani Hotel in the Burj Khalifa.

Launching his fashion house with his business partner Sergio Galeotti in 1975, the company’s first collection — a men’s clothing line — debuted that year. Armani launched a women’s collection the following year.

America sat up and took notice of his designs in the ‘80s when his power suits found their way into the hugely popular TV series ‘Miami Vice’ courtesy of Don Johnson, along with Richard Gere who gave the designs more eyeballs in ‘American Gigolo’. Soon, the rest of Hollywood followed.