United States: Biden’s vision for the border has gone bust. But what’s Plan B? 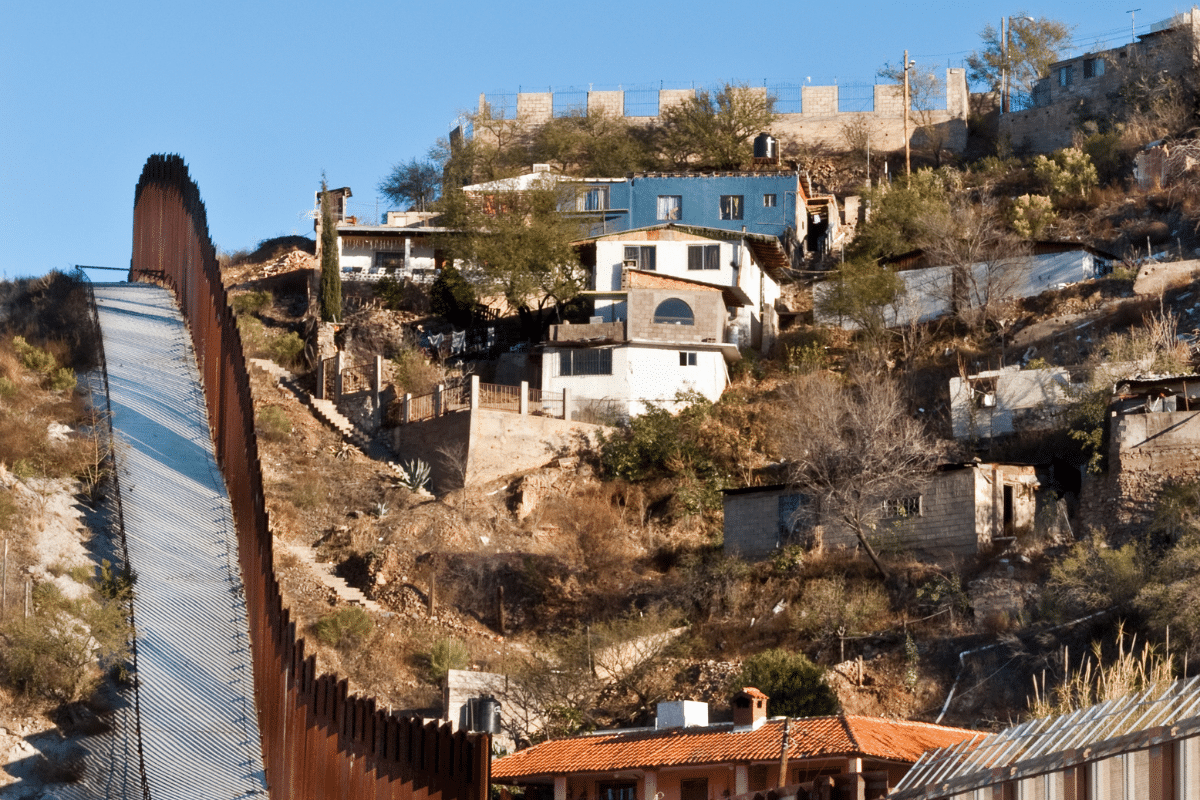 President Joe Biden in March wrote off a spike in the number of migrants arriving at the U.S.-Mexico border as a result, at least in part, of winter months being the safest time to make the trek. “It happens every single, solitary year,” he said.

Six months into his term, Biden and his team are being proved wrong.

The number of migrants apprehended at the border isn’t going down this summer, even as the heat makes the journey to the U.S. more dangerous. Instead, it has reached a 21-year high — and there’s a record number of unaccompanied children arriving, too.

As the administration, local officials, border agents and nonprofit leaders grapple with the day-to-day logistical challenges of apprehending and processing or expelling thousands of migrants, U.S. officials and immigration experts say they have theories but no concrete explanations for why the increase is happening now. Many see it as a confluence of destabilizing conditions, some new, some long-standing: a still-raging pandemic, worsening economic crisis and devastation from past natural disasters.

“It’s really rare to see an increase in July. It’s rare that migration would continue at such a high level during some of the hottest summer months,” said Jessica Bolter, associate policy analyst at the Migration Policy Institute, a nonpartisan think tank. “I think it just goes to show how dire the situation is.”

As they’ve been pressed about the high numbers of apprehensions in recent days, Biden officials have argued that they never said seasonal migration was the only factor — and that they’re working hard to tackle the other contributing conditions, such as extreme poverty, malnutrition and violence, that are also pushing people to leave their home countries.

But tackling those root causes of migration is a long-term effort that can take years. And in the interim, Biden and his aides have been left with a tricky balancing act: remaining committed to building an immigration system that the president promised to be fair and humane, while also talking tough and looking at stronger enforcement tools to deter migrants.

They’re doing it all while facing growing criticism that their approach isn’t working. In 18 of the last 22 years, border apprehensions have decreased in both June and July, according to a Migration Policy Institute review. In both 2017 and 2020, apprehensions increased in June and July. In 2017, the numbers rebounded from dips after Donald Trump took office following his campaigning on cracking down on immigration. In 2020, the numbers increased after first decreasing in the immediate aftermath of the pandemic lockdowns. In both years, those rises were nowhere near the numbers this year, according to the review.

All told, U.S. border agents are likely to have encountered about 210,000 migrants in July 2021, the highest number seen since 2000, a top U.S. official said in a federal court filing earlier this week. July also likely saw a record number of unaccompanied children — more than 19,000 — and the second-highest number of families — about 80,000 — the official said. The Department of Homeland Security said it expects apprehensions this fiscal year to likely be “the highest ever recorded.”

“This has taken many people off guard,” said Aaron Reichlin-Melnick, policy counsel at the immigrant advocacy group American Immigration Council. “We really genuinely can’t pinpoint a specific precipitating event that has caused this new influx in July.”

In recent weeks, Republicans have pointed to those numbers in stepping up their attacks against the president, branding the situation as the “Biden border crisis” in emails, ads and statements. On Wednesday, the Republican National Committee blasted out an email declaring that the latest estimated July apprehension figures “show Biden’s border crisis is raging completely out of control.”

Republican Party operatives say they believe border problems will help them retake Congress in the midterm elections next year. And polls consistently show it’s one of Biden’s most vulnerable issues.

Fifty-two percent of registered voters, including Republicans, independents and even some Democrats, disapproved of the job Biden is doing on immigration, according to a new Morning Consult/POLITICO poll released Wednesday. Only 37 percent approved.

“The first step in solving a problem is admitting you have one, and right now, this administration is in a complete state of denial regarding the crisis on the border,” Sen. Ron Johnson (R-Wis.) said on the Senate floor on Wednesday.

Johnson, like many Republicans, contends that Biden caused the situation at the border because of his rollback of certain Trump-era policies at the start of his presidency. Supporters of the president counter that in recent months, Biden has not made any major substantive policy changes that would explain the new uptick in arrivals. Those same supporters, nevertheless, say they’re frustrated, not necessarily with the administration’s policies but with their messaging.

“This is politics 101. The other side has a simple message that is filling the vacuum,” said Frank Sharry, executive director of America’s Voice, an immigrant advocacy group. “It’s so rare that an administration has a really thoughtful, innovative, substantive approach. But what they are lacking is a communications strategy to make sure people understand it.”

The White House declined to provide comment on the increases in migrants or to allow an interview with a policy expert to talk about the border.

After the story published, a White House official sent a statement: “The countries in the region are still grappling with the impacts of the COVID-19 pandemic, now exacerbated by the spreading Delta variant. Thus many are still seeking out relief via irregularly migrating to the United States.” The official also said this year’s numbers should not be compared to previous years’ numbers because so many more people trying to cross the border during the pandemic try to cross multiple times.

The Department of Homeland Security pointed to documents from the White House and State Department outlining Biden’s immigration strategy. In March, Biden tapped Vice President Kamala Harris to tackle the root causes of migration from Guatemala, Honduras and El Salvador. She has traveled to Guatemala and Mexico and visited the border town of El Paso, Texas, since then. Her office declined to comment for this story.

Asked at her daily briefing about how apprehension numbers are bucking seasonal trends, White House press secretary Jen Psaki on Tuesday cited a range of factors in migrants’ home countries — including “economic challenges, weather challenges, crime” — for driving thousands of people to head to the U.S.-Mexico border. She added that it was a “long-term challenge” that would require a “long-term solution.”

Migrants for years have been pushed to seek refuge in the U.S. because of conditions in their home countries. But over the past 16 months, the numbers have increased as part of the fallout from the Covid-19 pandemic and as migrants face even more dire economic circumstances.

“The pandemic probably is a big part of it,” said Andrew Rudman, director of the Mexico Institute at the Wilson Center, a non-partisan organization that engages in research on global issues. “You’ve got just a lot more people out of work and suffering because of the economic impact and that probably increases, surely increases, the pull factor.”

The Biden administration has continued to use the Trump-era public health order, known as Title 42, to expel migrants without allowing them to seek asylum. And experts and analysts say that this, too, is likely a major factor for the high number of apprehensions recorded each month. A large portion of migrants crossing the border are repeat crossers, who keep trying because there isn’t any real punishment when they get caught.

In June, for example, more than 188,000 migrants were apprehended at the border. Of those, 34 percent had tried to cross at least once before in the last 12 months, according to U.S. Customs and Border Protection figures. That’s compared with an average recidivism rate of 14 percent for fiscal years 2014 to 2019.

Biden continues to turn away most of the migrants encountered at the border through Title 42, including single adults and many families, but has made exceptions for unaccompanied children to stay for humanitarian reasons. It has led some parents to send their children to the U.S. alone, knowing that the administration will allow them to stay, according to immigrant advocates.

Democratic lawmakers, immigrant advocates and public health experts for months have been urging the Biden administration to end its use of Title 42, arguing that it is unlawful, inhumane and not justified by public health. Biden officials were planning to begin phasing out Title 42, but those plans were derailed given the fast-spreading Delta variant of the coronavirus and the increase in apprehensions.

“I’m disappointed that we’re waiting so long to restore asylum at the border, because every day … it’s going to be more difficult politically,” said Dylan Corbett, executive director of Hope Border Institute, a group based in El Paso that works on border issues.

Before he left office, Trump was briefed on the expected increase of migrants. In turn, outgoing officials at two agencies, CBP and Immigration and Customs Enforcement, briefed Biden’s transition officials on the expected uptick. But Biden’s team has also blamed the Trump administration for pushing through last-minute policy changes, including closing shelters for children, that worsened the situation and for failing to share information as he blocked the transition in unprecedented ways.

Last week, the Biden administration released a 21-point plan outlining how it will fairly and efficiently consider asylum claims, while ensuring a secure, well-managed border. In the framework, the White House acknowledged that its promised fair and humane immigration system “won’t be achieved overnight, especially after the prior Administration’s irrational and inhumane policies, but this Administration has a blueprint to get there and is making real progress.”